By 1885 the 'doubling' of the line on the eastern side of Stainmore between Barnard Castle and the summit was complete and provided much needed capacity to handle the huge amount of traffic which was now running around the clock. The volume of coke alone being conveyed west across to furnaces on the Cumbrian and Furness coasts was now almost a million tons a year, and there were also heavy shipments of steel, machinery and general merchandise. The reverse eastbound traffic of hæmatite ore was much heavier than coke and required special wagons which created massive movements of empty stock to schedule. It is estimated that all this amounted to up to 20 trainloads of freight or 'empties' daily in each direction, in addition to a passenger timetable of eight trains. More powerful locomotives were needed to improve capacity by moving bigger and longer loads uphill faster.

William Worsdell took up office as Locomotive Superintendent at a time when a need to impose standardisation and new working practices had led such trouble with locomotive crews that his predecessor, Alexander McDonnell, had been forced to resign. His second new locomotive design in 1886 was planned with exactly this need for more capacity to shift mineral trains up steep gradients in mind. The 62 'B' and 'B1' 0-6-2T tank engines had improved tractive effort and greater adhesion, ideal for moving heavy loads of coke and coal and they were used in pairs to run 'double loads' up Stainmore. Later Wilson Worsdell built similar locomotives but with smaller driving wheels - the 20 Class 'U' of 1902.

Although the Worsdell tank engines were good at their work a problem on Stainmore was that the length of the run between West Auckland and Tebay taxed their capacity for carrying enough fuel and water. Then in 1914 severe new weight restrictions placed on the Belah and Deepdale viaducts meant that their axle loading was too heavy to use on the route and they were barred from the line for several years. 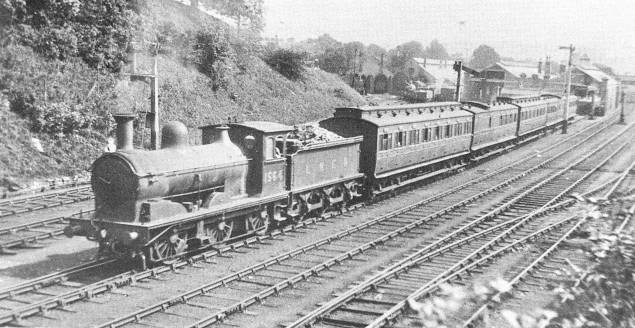 At the end of 1886 a tender version of the 'B' tank engines also began to appear on the line. These were the Class 'C' 0-6-0 locomotives, and eventually 201 were built in 'simple' and 'compound' locomotive versions to compare the relative merits and efficiency of the two options. This Class 'C' design turned out to be remarkably successful and long-lived, with one locomotive still working over Stainmore just before the final closure. Later known as the 'J21' class following the grouping of railway companies into the London & North Eastern Railway in 1923, the design was light enough for service over the iron viaducts and yet nimble and powerful enough to work in pairs on heavy 'double loads'. The class worked on the line for more than seventy years, the last one to run over Stainmore being 65033 on a rail tour on 7 May 1960. This engine is preserved and now being restored by the Locomotive Conservation and Learning Trust, and is likely to be in steam again at Kirkby Stephen soon.

In 1898 Wilson Worsdell produced a design for a locomotive very similar in appearance to the 'C' Class but with smaller driving wheels which provided a higher tractive effort. A further 140 of these 'P1' 0-6-0's were built, and they were later classified as 'J25' by the LNER. They were ideal locomotives for working mineral trains, but they were not fitted with steam heating and the necessary train brakes for passenger train service. The value of the earlier J21's was that they were flexible and could handle both kinds of work. When Darlington finally ran out of retired engines suitable to send for working passenger trains over Stainmore the J21's took over that work and continued to operate it right into the 1950's. 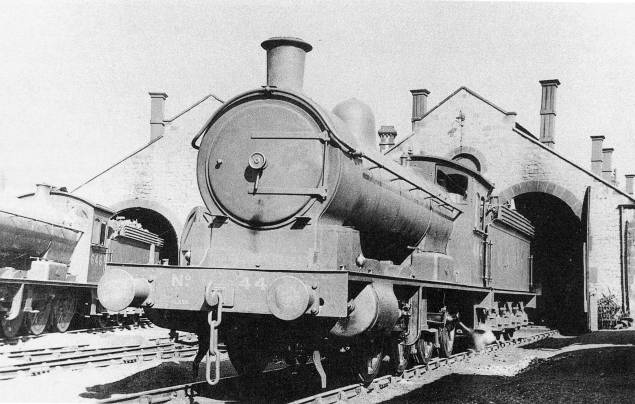 A final Worsdell design that became a familiar sight on mineral trains across Stainmore at one time was the 0-8-0 'T/T1' class built by William Worsdell and later designated as Class 'Q5' by the LNER. These 90 powerful new locomotives were introduced in 1901 and worked loads over the summit for about twelve years before the Company's civil engineers decreed that they were too heavy to risk over Belah Viaduct. However that was not the end of the big 0-8-0's on the route, because until the 1930's a pair was based at Kirkby Stephen for hauling freight to Tebay. 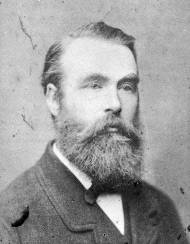 William Worsdell was born in Liverpool in 1838, the eldest son of a large Quaker family. His father Thomas was a coach builder and later Carriage and Wagon Superintendent for the Liverpool and Manchester Railway.

William was apprenticed at Crewe locomotive works and then worked in the wider engineering business before emigrating to the United States in 1865. He worked for six years for the Quaker managed Pennsylvania Railroad, rising to the position of Master Mechanic in charge of Altoona workshops in 1868.

William only worked on the North Eastern for five years before poor health forced his early resignation. However in that short time he radically reformed NER locomotive design and practice, producing 549 engines in 11 new classes to replace obsolete mid-Victorian equipment.

He resigned in 1890 but he lived in retirement at Arnside for another 26 years. Indeed he must have been a frequent traveller across Stainmore in the late 1880's between his office and the holiday home he built there. He enjoyed many adventures in his Lake District retirement (he is said to have driven the first motor car across Wrynose Pass).

William's younger brother Wilson was the tenth child of the family and 12 years younger than his brother with whom he had a close relationship throughout his career. He also began employment in his 'teens' at Crewe works, and then spent some time with his brother working at Altoona. Returning to England in 1871 he spent more than ten years working at Crewe in a succession of jobs

In 1883 he was appointed Assistant Mechanical Engineer to the North Eastern Railway by Alexander McDonnell, and set up residence in the house at Greenefield works which had long been the home of Edward Fletcher. It was to be the Worsdell family home for 27 years

Two years later his brother was appointed as his manager, but by late 1889 he was deputising for him during William's spells of illness. He was later appointed to the position of Locomotive Superintendent in 1890 and his job was re designated as 'Chief Mechanical Engineer in 1900. Wilson retired in 1910 and died at South Ascot in 1920.

Wilson Worsdell's term of office represented the apogee of North Eastern Railway locomotive development. He built on the platform of technical efficiency and standardisation achieved by his brother and designed engines with the same uncluttered 'lines' and appearance that maintained an extraordinary 'family resemblance' of locomotives from the 'Tennants' of 1885 and Class 'A' tank engines of 1886 right through to the 'V1' 'Atlantics' of 1910.

He is said by those who worked with him to have been a particularly effective delegator and team builder which helped him to develop a very strong and creative design office. During his years in charge the North Eastern Railway built 1016 steam locomotives in 26 classes, and also electrified the Tyneside suburban services.